Milk is truly a nutritional powerhouse. A one-cup serving provides 30% of our daily value for calcium, 25% for vitamin D, 24% of riboflavin (a B vitamin), 20% of phosphorus and 11% for potassium.  We are going to bust this milk myth and others.

In fact, a cup of milk has more nutrition than most fruit juices and sports drinks, and it is one of the best sources of dietary calcium that your body can readily absorb.

How much should you drink? According to the American Academy of Pediatrics, children ages one through three should get about two servings of milk daily, three servings daily for kids ages four through eight.

For children, milk is a key source of calcium and vitamin D, and after age two, they should switch from whole milk to low or fat-free milk. For everyone age nine and older, the U.S. Department of Agriculture recommends at least three cups of milk or milk equivalent per day.

Although, awareness on health benefits of dairy products is increasing, there are still a number of commonly held misconceptions about dairy foods. The following addresses 10 common myths about dairy foods and provides the facts.

Fact : Quite the opposite. Studies suggest that milk products may help prevent weight gain or help with weight loss when part of a low-calorie diet.

Protein in milk curbs your hunger, and not feeling hungry makes it easier to eat less. For weight control, use skim or one per cent milk instead of two per cent or whole.

Fact: There is more calcium in 1 cup of milk than there is in 16 cups of spinach. One will need to eat more than 48 cups of spinach to get the recommended daily intake of calcium. Furthermore, milk contains Vitamin D which enhances calcium absorption

Fact: While infants with milk allergies are more likely to develop asthma later in life, there is no scientific data that support that consuming dairy foods makes a person asthmatic.

Fact: A diet high in saturated fat regardless of the source will likely cause heart disease and not dairy foods.

Furthermore, today saturated fat from butter is believed to be not as bad as trans-fat filled hydrogenated vegetable fats such as margarine and other so-called ‘healthy’ spreads. Those still wishing to reduce their fat intake can consume low fat dairy foods and receive the nutritional benefits of dairy foods without the high fat

Fact: Milk isn’t only a good source of calcium but it also provides other high quality nutrients such as high quality protein, vitamins A, D, B12, riboflavin; zinc; potassium and magnesium. Fermented dairy foods such as yogurt also serve as an excellent carrier of probiotic organisms and prebiotics, which are important for gastrointestinal health.

Taking supplements does not provide the enjoyment of drinking a cold glass of milk; pouring cold milk on a bowl of cereal for breakfast or eating a delicious bowl of ice cream on a hot summer day.

Fact: Milk consumption does not lead to mucus production or asthma.

The belief has been held for years that milk causes mucus formation, although the few studies on this topic have failed to demonstrate any effect of milk on mucus production. Many people confuse the temporary, slight thickening of saliva after drinking milk with mucus. There is no scientific research showing that milk produces mucus in the airways or the throat. Studies have found milk intake was not associated with increased nasal secretions, coughing, nose symptoms or congestion. Some doctors say that milk thickens saliva, which may coat the throat and give the perception of more mucus, but it does not cause the body to produce more mucus or phlegm.

Furthermore, milk may actually contribute to speeding up recovery, as drinking lots of fluids when you have a cold is important. Frozen dairy products and fruit smoothies may soothe a sore throat and provide important calories and nutrients when you are not eating much else.

Fact: Humans are designed to eat plant as well as animal products such as meat and dairy products. We are equipped with the lactase enzyme in our gut that aids in the digestion of cow’s milk. Consequently humans have enjoyed consuming dairy foods over many, many centuries.

If we were restricted to consuming milk, we would not enjoy many of the dairy foods we enjoy today; such as blue cheese on our salads, ice cream on apple pie, sour cream on baked potatoes, Mozzarella cheese on pizza, shredded cheese on our tacos, and buttermilk in our pancakes.

Fact: Drinking milk does not cause kidney stones, and may in fact protect against them.

Contrary to popular belief, milk consumption does not lead to the development of kidney stones and in fact some research suggests that drinking milk is associated with lower rates of stone formation.

It is important to note that while calcium from foods does not increase kidney stone risk, calcium from supplements has been associated with higher risk of stone formation. In a study of vitamin D and calcium supplementation on bone fractures in postmenopausal women, those in the supplemented group were found to have higher incidence of kidney stones. Thus, it is best to get your calcium from food sources. If you do take supplements, make sure that your total calcium intake from foods plus supplements does not exceed the upper limit defined by the Institute of Medicine (2,500 mg/day for ages 19-50; 2,000 mg/day for those over 50 yr).

Fact: There is no scientific evidence that drinking milk causes early puberty.

In the U.S., girls are entering puberty at younger ages than they were 30 years ago. It is unclear why this is happening, although there are many hypotheses. Many believe that childhood obesity—which has also risen dramatically over that time frame—may lead to earlier onset of puberty for girls, as puberty tends to occur earlier in heavier girls. Some people point to specific foods and components, such as hormones in milk, for this down-aging of puberty. However, this is not supported by the facts:

Children who consume more milk tend to have lower, rather than higher, body weights. If obesity is linked to early puberty, it is unlikely that milk plays a role.

Today’s adolescent girls drink less milk than their mothers did, not more. Thus, it is unlikely that milk is responsible for any change in the age at which girls enter puberty.

Milk has always contained natural bovine growth hormones (BST) in very small amounts. Some dairy producers administer the synthetic version of this hormone (rBST) to increase milk production in their cows. FDA has concluded that milk produced by treated and untreated cows is exactly the same. 90 percent of these hormones are destroyed with pasteurization. The remaining trace amounts are broken down into inactive fragments in the gut. Both hormones are “cow specific” and have no effect on the human body. Thus, ‘hormones in milk’ is not a valid explanation for early puberty. 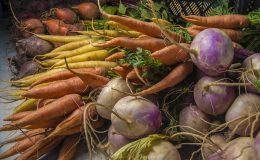 December is Root Vegetables Month! Add Some to Your Diet 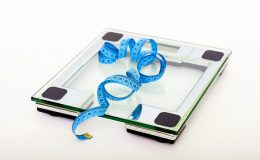 Building Muscle and Losing Fat… at the Same Time 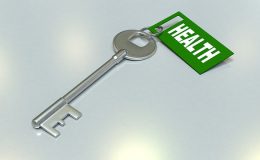 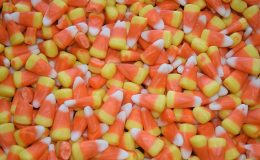 What Do You Get For Your Halloween Candy Calories? 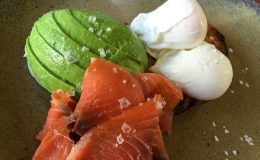 How Fats Fit in to Your Active Lifestyle